With someone winning! 😉
Now that the quarter finalists are decided we can look at the half finals and final game. But first only from the viewpoint of favorite (FAV) and underdog (UDG). Because the games are set so closely to another and always at the same time you will note similarties in the charts. FAV will always have Saturn as Significator and UDG will always have the Sun. In all three charts Saturn has some dignity while the Sun is peregrine. In all three charts Sun and Saturn are in succedant houses. As far as essential and accidental dignity go FAV has the slight edge. What changes is the position of the Moon, the aspects she makes and of course the position of the PoF which is dependant on the Moon. One general rule for such charts is that FAV will always win unless the chart shows testimony in favour of UDG. That means if there is not much happening in the chart then we can assume that FAV will win, by default.

Here is the chart for the half final game on the 6th of July: 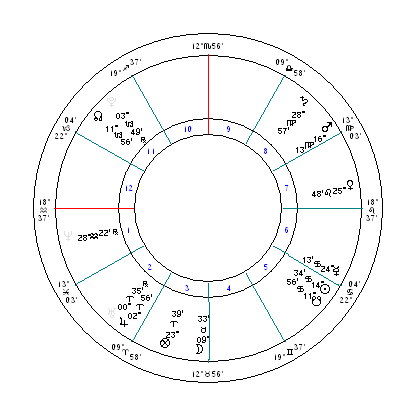 The Moon is angular and will eventually form a sextile to the Sun in 5 degrees. Now this is very wide. So this might mean that UDG’s only possibility to win if the game is extended. If it comes to penalty shots then UDG has a chance. There is something that we can explore here and that is playing around with using either a fixed PoF or a reversed PoF. The chart to the right shows PoF reversed for a night chart. A fixed PoF (no reversal for a night chart) would be at 14 Sagittarius and it’s antiscion at 15 Capricorn. The antiscion would then be in opposition to the Sun, which again would be a testimony for UDG. But if FAV gets a goal during regular time then I think the game will go to FAV.

The half final game on the 7th of July has the following chart:

In this chart not much is happening. The Moon applies to a trine with Saturn in 6 degrees. So it looks like to the game goes to FAV whichever way you look at it!

Some may jump up and down when they see Regulus on the cusp of the 7th house. I don’t think it is enough.

There is also not much happening along the antiscion front. Nothing unusual. Nothing that strengthens the significator of UDG.

The final game on the 11th of July: 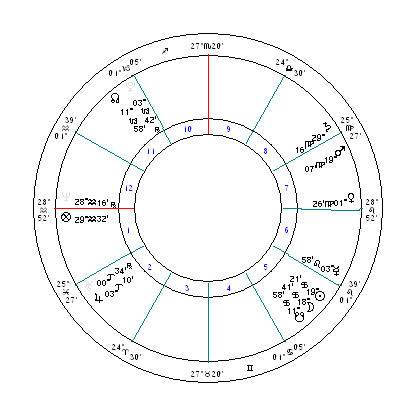 Here more is happening! For one,
the Moon is applying to conjunction with the Sun in 1 degree. That is definitely a testimony for UDG. But there is also strong testimony for FAV, the conjunction of PoF with the Asc. (28 Aquarius for a fixed PoF). So which is stronger?

¡ Viva España !
or Hoog Nederland?
or maybe even,
Hoch Deutschland? 😉

4 thoughts on “FIFA World Cup: How does it all End?”