We can trace the Krakatoa event in all the succeeding mundane charts. The lunar eclipse of 25 Nov. 1882 was in square to the Grand Conjunction chart MC/IC Axis, but at the Aries Ingress more critical indications are given: 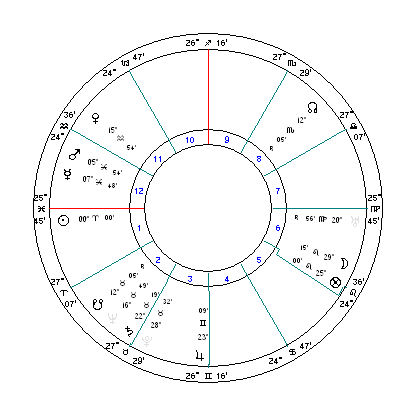 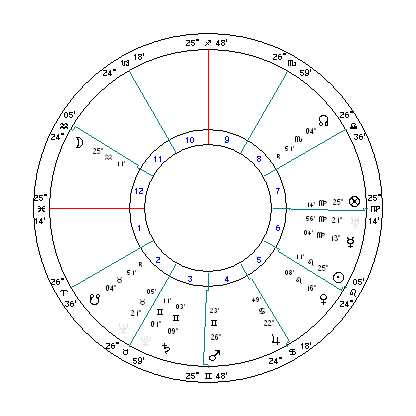 Here there is the reversal of the MC/IC axis as noted but what is really critical is that Mars is now just inside of the IC. If you also note that the antiscion of Mars at the Full Moon is at 3 Cancer 36, then you can understand the triggering effect of the Moon at the time of the event, where the Moon has separated from conjunction with Mars at 2 Cancer and applies immediately to conjunction with the Mars antiscion of the Full Moon.

Of significance is that in this chart the MC/IC axis is the midpoint of two sets of planets. First between Saturn and Mercury. Mercury is conjunct the Ascendant of the Small Conjunction and is therefore exactly square the Small Conjunction MC/IC axis. Again a focus. Then there is the Mars/Moon conjunction, that we discussed above, in juxtaposition to the Sun, Lord 4 of the event chart.

I think this series of charts demonstrates quite well how an event may be pre-figured in a series of charts. If it is a major event the angles themselves have much to tell. In comments to the first article of this series other aspect configurations have been noted. Please feel free, dear reader, to make any further observations on other planetary configurations. Interesting is that the outer planets are not necessarily needed to understand the event. I have included them in the charts and so relevant observations with respect to the outer planets are also welcome.